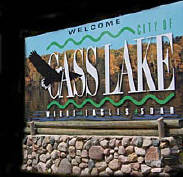 It had just turned daylight when we pulled the yellow Chevy station wagon into the small town of Cass Lake.   The morning was dawning warm and sunny.  Roland was driving.   I had been sleeping in the front seat next to him, and his nephew Matthew and Matthew’s girlfriend were sleeping in the back seat.  Roland drove through the treeless streets of the tribal tract housing and pulled into the dirt driveway of a yellow house.   It was early, but the sun was already beating down.  It was going to be a hot day.

Roland honked his horn.   Out of a rundown shed from back behind the house, a heavy woman with long black hair emerged unsteadily and stood in its doorway.  Roland called her over to the car.   Coughing, Annie unsteadily crossed the grass and came up next to the driver’s side.    The smell of alcohol wafted through the window.

They greeted each other and Roland asked where the wake was being held.

“Up to Bug school,” she said, and then bent her head to throw up on the ground.

Lifting her head, Annie and Roland spoke briefly again before he said good-bye and pulled the car back out of the driveway.

The wake was in a small building at Bug-a-ne-ge-shig school in a shady, wooded area known as “Mission.”   I felt very uncomfortable as we pulled up.   It was easy to ride in a car going somewhere, but now we were here.   I was now far away from home and knew no one but Roland.   Numbly, I climbed out of the car.  I had never been around many Indian people before.  How should I act?

As we entered the dark building I stayed close to Roland.   A quick glance around the room showed me I was the only white person there.  Many people milled about talking to each other in the main room.   Feeling out of place, I avoided looking at anyone and said nothing.   Roland moved through the crowd to the kitchen.  Hands sweating, I stiffly followed.  The women in the kitchen were busy preparing food for the feed that would follow the service.  Roland greeted his sister and introduced me.

Elaine looked up from her work and said hello.   She and Roland spoke for a moment, Roland motioned to me, and I tensely shadowed him back into the main room.

He led me through the crowd toward a miniature casket placed alone by the wall.   I actually felt some relief as I trailed him.   Standing at the casket would be easier than standing apart in the crowd.   Roland took a moment at the casket and then stepped aside for me to see.   Looking down I saw a precious sleeping child, a small, dark haired girl in a pretty little dress, no more than two years old.   Lying peacefully, if you ignored her bruised and battered face.

Roland had told me earlier that his niece had died from a fall from the couch onto a cement floor, but as I looked down at the bruises on both sides of her face, I wondered if that were true.

Turning from the casket, Roland moved toward a tall, slim young man.   James, he told me, was his nephew and the father of the little girl.   For a short time they whispered together.   Roland then turned to me, “Wait here while I go outside to talk to James alone.”   But afraid to stay inside surrounded by strangers, I followed them out and sat on the stoop, nervously watching and waiting as Roland and James walked down the dirt driveway and then out onto the dusty road.   My eyes followed Roland as long as he was still visible through the trees.   As he disappeared, two men emerged from inside and stood a short distance away as they shared a cigarette.   How does one sit, what does one look at, what does one do with their hands when one is isolated, alone and out of place?   It seemed an eternity before Roland returned, although I knew it was just a short time. 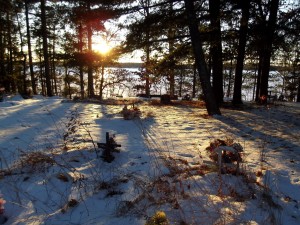 The tiny cemetery was in a heavily forested area near a lake.  We followed other cars down a long, narrow, muddy road to get there.   Circling through the cemetery, there was nowhere to park.   The small area was packed with cars and people.  We drove back down the road a ways until we found a spot and then walked back up to the crowd.

At the edge of the crowd, we stood some distance from the ceremony.  The graveside service was brief.   As it ended and the first shovel of dirt was thrown into the small hole, the baby’s mother, Gloria, let out a loud wail and hung on to James, sobbing.

Roland nudged and we began walking back to the car.  As I stepped over yesterday’s puddles, I glanced back at the slowly dispersing crowd.

What happened to that baby girl?  I wondered, why won’t Roland tell me what happened?

Get your signed copy