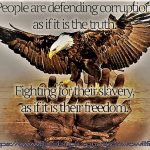 Dr. Nick Estes, a member of the Lower Brule Sioux Tribe, earned his Ph.D. at the University of New Mexico – where he is now an Assistant Professor in American Studies. In 2014, he co-founded a Native American revolutionary organization called “The Red Nation.” His work centers on refuting and condemning world history and critically judging capitalists and persons who are of fully European heritage. Este holds “discussions” urging young people to join him against “settler colonialism” and “US imperialism” “from Hawaii to Samoa, First Nations, Black America and Palestine.” He talks about decolonizing America, but does not explain exactly what this would entail or how it is achieved, other than to say that when it is completed, he believes he and his colleagues should run the nation. Mind you, what he says is that Native Americans should govern the nation. But this isn’t fully what he means. Tribal members who prefer capitalism and like America the way it currently is need not apply.

The Red Nation combines Marxism with theories of ‘first-comer’ power around the world, except in areas where those thought to have come first are considered ‘European’ or ‘semitic.’ Europeans are never considered indigenous, even in Europe. Their tremendous stress from loss of traditions and culture over the last few years following the massive influx of immigrants running from failed political and economic systems is said to be nothing more than racism. Further, in Israel, Este seems to believes those who have only lived on the land since 1920 and took on the name “Palestinian’ should retain power over the area, as opposed to the original, ‘semitic’ Palestinians who the United Nations recognized as a nation in 1948, and whose history on the land goes back well over 2000 years.

In October of 2019, Este and his colleagues held the “First International Meeting of Native Peoples” in Venezuela. Here, the Red Nation was described as “an American organization dedicated to promoting the liberation of the natives from capitalism and colonialism.” Native leaders from “some 20 countries, including Chile, Bolivia, Brazil, Colombia, Ecuador, Sri Lanka, Canada and the United States” were present. According to their newsletter, this meeting was part of a strategic endeavor to “establish a Bolivarian alliance of indigenous peoples for sovereignty, solidarity and decolonization.”

Also in October of 2019, Este met with the Democratic Socialists of America in South Dakota. There, the DSA, claiming “The Red Nation is a group of radical indigenous people… fighting back against the US imperialist settler colonialist state,” committed to TRN’s policy points, including “decolonization, deoccupation, demilitarization,” ridding the world of fossil fuels, and “full repatriation of indigenous lands.” While giving no explanation for the oil drills, pipelines, or refineries owned by capitalist Native American tribes and individuals, such as those on the Fort Berthold Indian Reservation, the DNR and the TRN claim these policies are all “essential to ensuring a socially just and environmentally sustainable future.”

The Red Nation has invited varied “allied movements, comrades, and relatives” to join them “for a series of listening sessions and workshops to draft and implement the Red Deal,” which they assert is a “movement-oriented document for climate justice and grassroots reform and revolution.” The policies have been dubbed the “Red Deal for two reasons. First, “because it prioritizes Indigenous liberation,” and second, it promotes a “revolutionary left position.”

What creates crisis cannot solve it: This would be a good point to remember when considering the large number of corrupt tribal governments within Indian Country. But this is not what Este and the Red Nation are referring to. Believing that capitalism creates world crisis, they wants to everyone to divest from large, private industries and give the money to them to handle and distribute to those they judge worthy by claiming they are investing it “into programs that will benefit those most scarred.” Never mind the scarring that will occur when people lose their industrial jobs. Este does not seem to understand that most men, regardless of skin color, prefer to work hard to support their families, and many families value fuel oil for warmth and cooking. A large percentage of the population is not interested in shutting down the businesses Estes has deemed ‘harmful’ – and would need to be forced to do so.

Changes from below and to the Left: Just like the promises of all revolutionaries on trajectory to tyranny, the Red Nation claims they will “work to empower the poor and downtrodden, to help them to assert their natural power and demand back what was taken from them for so long.” That’s a line right out of Lenin’s play book.

The Red Deal is said to be comprehensive – not just for a region, but for all of America and every nation. They intend it to be a blanket policy, one-size-fits-all for the entire world without any input from the poor, downtrodden masses they had promised natural power to. Like it or not, it will encompass “the entirety of Indigenous America,” and will include “our non-Indigenous comrades and relatives who live here.”

The Red Nation asserts that “Politicians can’t do what only mass movements do.” Well, if it is indeed something that only a mass movement can do, then it goes without saying that an individual wouldn’t be able to do it alone. However, politicians are able to do many things that mass movements cannot. Getting a consensual mandate from the majority of citizens through the process of voting is just one of the things mass movements do not do.

The Red Nation seeks a “complete moratorium on oil, gas, and coal extraction” and claims to want “restoration of Indigenous land, water, and air to a healthy state.” This, after the Standing Rock “water protectors” drove and flew into the Dakotas from out-of-state in gas propelled vehicles, overwhelming the local resources, and left literal dump truck loads of garbage in the trampled meadows, waiting for the spring rains to wash it into the very river they claimed to be protecting. Everyone in the local area could see the hypocrisy of the ‘water polluters,’ corporately camped next to the pipeline just outside reservation boundaries – including many of the true members of Standing Rock. This is the genuine face of the “non-reformist reforms” Este and comrades claim are “crucial” to their goal of “abolition, decolonization, and liberation.” And yet, they point their collective fingers at others and vow to fund their reforms by “dispossessing the wealth from corporate polluters and settler governments,” then “redistributing it to the masses.”

Just as there is no mention of what will be done with the large number of people – including many tribal members – who do not want to live under socialism, there is no clear explanation as to how populations will be sustained long-term if there is no industry, capitalism, fuel oil, or coal – and thus, no way to keep your family warm in the winter (other than chopping down the forests for firewood).

Finally, From Theory to Action: The Red Nation believes the Red Deal reflects “…Indigenous liberation, life, and land—an affirmation that colonialism and capitalism must be overturned for this planet to be habitable for human and other-than-human relatives to live dignified lives.” They state “We must take what we have learned from the radical traditions of old and new to mobilize and fight with renewed vigor.” This is all vague in terms of a “call-to-action,” but lofty sounding nonetheless.

The Red Nation attempts to sidestep informed consent by promising “free healthcare; free education; free housing.” They also promise all the perks they assume every indigenous person might yearn for, including “restoration of Indigenous land, water, and air to a healthy state” and “fulfillment of treaty rights, land restoration, sovereignty, self-determination,” and “full citizenship and equal protection to undocumented relatives.”

This brings up several questions:

It is ridiculous to claim communities can thrive under the oppressive yoke Este and his comrades intend to put on them. There is no society yet that has thrived without industry and at least some amount of capitalism. This is why so many former communist countries have opened to capitalism in the last couple decades. East and West Berlin in the 1960’s and 70’s revealed clear distinction between the two – and it was East Berliners rushing past the broken wall to the west, not the other way around.

But let’s just say Este is right and the transition runs smoothly. His next assumption is that once people have all their common human needs met – crime will cease. Everyone will be content with what they have and convert their energy to love for each other – even if it is just the indigenous people that have all the land, water, and air.

Will everything be equal? Including house size, color, or number of toys a man is allowed to have?  Will human envy have disappeared?

People like Este are the true racists, pretending to know – on the basis of skin color – the inner nature and motivations of virtually all humans and asserting that he speaks for everyone he has chosen to be subject to his movement. Este has no recognition of individuality within “the masses,” and no genuine understanding of diverse human nature.

What if… the capitalistic downtrodden start to out-number the socialistic downtrodden? What would the Red Nation do if most of those they patronize suddenly decide they want capitalism to be re-instituted? Inquiring minds want to know.

In September 2020, Este won a “Freedom Scholar” award from the Marguerite Casey Foundation and the Group Health Foundation. While it would be fascinating to see how Este and his comrades enforce their vision of government without assistance from military or law enforcement, those who acknowledge genuine history and understand human nature know it isn’t possible. “The masses” will not passively submit to Este’s demands, and Este will not passively allow them to rebel against his mandates. Este is lying to his followers in the hope of leading a movement. Maybe he dreams he will someday achieve the stature of another Lenin, Stalin, or Mao.