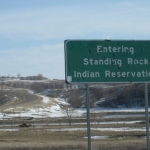 This letter was printed in the Grand Forks Herald and Bismarck papers Thursday, June 12, 2014, and read on air during the Jay Thomas radio show Friday, June 13, 2014

North Dakotans are a gracious and forgiving people and will politely welcome the president to our wonderful state.

However, before he gives his speech concerning the wonderful “Nation to Nation” relationship he has with tribal leaders and announces what further moneys and authorities he will bestow upon them – he needs to learn facts from those whom his edicts directly affect.

President Obama, please listen to those who do not have a vested financial interest in increasing tribal government power, and learn about the physical, emotional, sexual and financial abuse of tribal members by other tribal members and even many tribal leaders.

STOP supporting corrupt tribal leaders and corrupt systems and pretending all is okay in Indian Country.

Every time power to tribal leaders is increased, tribal members – U.S. citizens – are robbed of civil freedoms under the constitution of the United States.