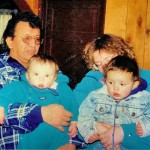 While the vast majority of comments and feedback about the book, ‘Dying in Indian Country’ have been extremely supportive – (an untold number of Americans [both tribally enrolled and not] have experienced and felt the same things we have) – there are still a few out there repeating the same stuff thrown at us in the 1990’s.

Today, a woman claimed my husband and I were “extremists” when we became politically involved years ago.

According to Merriam-Webster dictionary, ‘extremism’ is “the belief in and support for ideas that are very far from what most people consider correct and reasonable.”  Cambridge Dictionary defines it similarly as “someone who has beliefs that most people think are unreasonable and unacceptable.”

For those who have been paying attention to the situation of a 6-yr-old girl named Lexi . who was moved from her home due to the Indian Child Welfare Act this last week, it is clear most people in America feel what happened to her was both unreasonable and unacceptable. By the above definitions – it was the tribal ‘establishment’ that was extreme.

“Extremists” are groups of people trying to force their points of view and way of life onto others. Those who fight back are not the extremists. They are the defenders.

All parents have a right to defend their families – no matter what their heritage.

Extremists and racists – when it comes to federal Indian policy – are those who think they have a right to claim jurisdiction over the children and grandchildren of others simply due to heritage, and then attempt to vilify parents who stand up for themselves.

Roland and I first began speaking out against the ICWA in 1995 or so. We were never “extremists” – we were simply parents sticking up for ourselves. Others who agreed began contacting us because of the letters I wrote to the editor.

When the livelihoods of our friends and neighbors were threatened amidst other issues, we did what we could to support them as well, joining their groups when asked to. That’s not being an extremist, that’s being part of a community.

Tribal corruption also became an issue we spoke against. At the time, Roland’s tribal government had just been convicted in federal court for embezzlement and ballot box stuffing,

As time went on, more people who had been hurt by extremist’ (by definition) tribal governments and federal Indian policies – heard what we were saying and joined us. It’s as simple as that.

We learned more tribal members live off the reservation than on – many trying to raise their children away from Rez crime and corruption.

But then, that’s all in the book.

The end of this story has not yet been written. The next book will delve further into federal Indian policy and the rewards certain people in both tribal leadership and federal government get from i 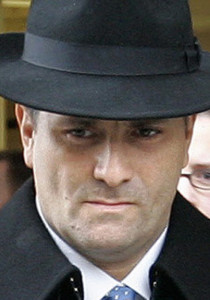 Remember – Lobbyist Jack Abramoff went to prison in 2006 for taking money from tribal governments and buying Congressional votes with it – but none of the people who gave him money went to jail, and neither did the people he gave money to.

It didn’t stop just because one man went to prison.

So – were we “extremists” for wanting to protect our children from the Indian Child Welfare Act (should anything have happened to us)?

Were we “extremists” for wanting to help all the families that contacted us as years went by – both tribal enrolled and not – who had children in circumstances like Lexi’s?

…Were we “extremists” for fighting the same kind of corruption most of America is painfully aware of and currently debating and fighting this campaign season?