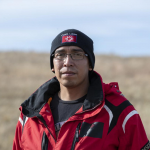 On August 24, 2020, Oglala Sioux tribal president Julian R. Bear Runner issued a State of Emergency due to a rash of suicides on the Pine Ridge Reservation.

He claimed the rash of suicides and threats of suicide in 2019 and 2020 were a result of the pandemic, as if the pandemic affected youth in 2019, or as if most of the youth have been staying in their homes, isolated from friends and activities in 2020.

While the tribal government may have issued orders for people to stay at home, the reality is that not only have the youth NOT been staying in isolation, he himself has felt free to go pick up children for an evening of his own self-entertainment – molesting a young man.

According to reports, there have been 5 confirmed suicides since the first of this year (were some of these before the pandemic began as well?) and “as many as 14 reported suicides this year,” … (the tribal government DOESN’T KNOW the exact number of suicides??). A third tribal agency, the Oglala Sioux Tribe Suicide Prevention Program, says there has been “nine suicides reported from local agencies this year of people who were 14 through 32-years old.”

President Bear Runner is said to be working “with Tribe officials to develop and implement strategies for combating the high rates of suicide on Pine Ridge.” Will any of those suicide prevention strategies include prosecuting and imprisoning all the adults who have been taking sexual advantage of children? Will it include an investigation of all persons in authority who have turned their back on the sexual abuse of children, leaving the children to feel feel trapped – hopeless and helpless?

Bear Runner “spoke out against the harms of child sexual abuse” in February during the sentencing hearing of a pedophile pediatrician who the Indian Health Service had moved from one reservation to another every time he molested a child. Yet, Bear Runner has been accused this year of both drunk driving and molesting a 17-year-old boy. The molestation complaint, signed by the victim’s father, was sent to the tribal Secretary’s Office on August 19, just five days before Bear Runner issued his ‘concerned’ State of Emergency over suicides. The molestation complaint was then forwarded to the tribal council. The chief of the Oglala Sioux police, Robert Ecoffey, wouldn’t comment on whether the victim had filed a criminal complaint, however, there is an unsubstantiated rumor that the FBI has been asking questions of witnesses.

On August 24, the tribal council suspended Bear Runner without pay pending an impeachment hearing. The impeachment hearing — overseen by a tribal judge — was held on September 14, 2020. The victim, Bear Runner and others were allowed to testify and answer the council and judge’s questions, but neither were allowed lawyers. The now-young-man was very clear the sexual contact was both unwanted and demeaning. His testimony was very emotional.

According to the judge at the hearing, “elected officials can be impeached if two thirds of the council finds they committed crimes, gross incompetency, corruption or malfeasance.”

Bear Runner, who campaigned to ban alcohol, was arrested in May for driving drunk and threatening a man. He had been also been suspended in July after he couldn’t be reached following his issuance of “a 72-hour coronavirus lockdown.”

Nevertheless, the September 14 vote to impeach Bear Runner failed. While 11 of the council members voted for impeachment, five voted no, and another five were too cowardly or complicit to vote. Therefore, a 2/3 majority was not achieved.

The victim had stood before the council to testify, and the entire reservation now knows everything that happened to him. But no justice was served. According to numerous reports from tribal entities and the Indian Health Service, suicide and the sexual abuse of children are both rampant on many reservations. But most federal and tribal officials repeatedly protect the offenders. Young victims are left feeling trapped with no one willing to help them – especially when the most powerful people on the reservation are the perpetrators.

This isn’t the first time the Pine Ridge reservation has had to declare an emergency in order to get more federal funding due to young suicides. While the pandemic certainly adds to stress, it is not the main cause of the suicides. It is way beyond time federal and tribal officials admit and deal with the real cause.

For documentation of the high incidence of physical and sexual abuse on many reservations – read Chapter 4, subhead “Child Abuse” of the “The Philosophical Underpinnings and Negative Consequences of the Indian Child Welfare Act‘ – https://digitalcommons.liberty.edu/masters/591/

‘Your silence votes for you’: Citizens of Oglala Sioux Tribe target council over impeachment vote